Chairman, Board of Trustees of the Sabancı Foundation 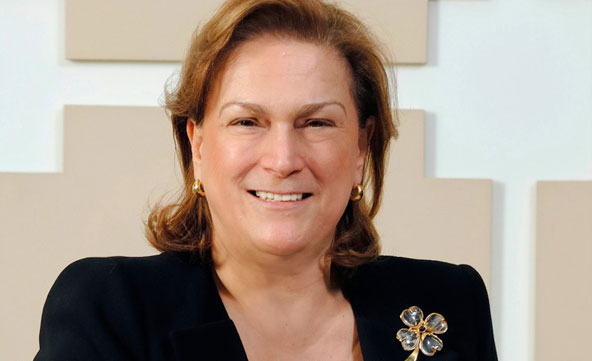 Güler Sabancı is the Chairman and Managing Director of Sabancı Holding, the parent company of the Sabancı Group, Turkey’s leading industrial and financial conglomerate.

A graduate of Bogazici University, Faculty of Business Administration, Güler Sabancı started her career at LASSA, Sabancı Group’s tire production company, in 1978. In 1985, she was appointed General Manager of KORDSA, the Group’s tire cord production company. In 1997, she assumed the office of President of Sabancı Holding’s Tire and Tire Reinforcement Materials Group. Güler Sabancı was elected to her current post in May 2004 after Sakip Sabancı passed away.

Güler Sabancı holds many offices. She is the Founding President of Sabancı University and has been presiding over the Board of Trustees since its establishment in 1996. She also acts as the Chairman of the Sakip Sabancı Museum. She is the Chairman of the Board of Trustees of the Sabancı Foundation, which supports the social development of Turkey through various programs since its establishment in 1974.

Güler Sabancı is the first female member of TUSIAD, Turkish Industrialists’ and Businessmen’s Association, as well as the first and only female member of European Round Table of Industrialists (ERT). Güler Sabancı also sits on the United Nations Global Compact Board, International Business Council of WEF as the only Turkish member and the External Advisory Board of MIT Energy Initiative.

In 2011, Güler Sabancı was named 2nd on the Financial Times’ list of the Top 50 Women in World Business. Also in 2015, Ms. Sabancı ranked 4th on the list of the Most Powerful Womenin the Europe, Middle East and Africa (EMEA) region prepared by Fortune magazine.

Güler Sabancı has been granted many awards for her excellence in business and social responsibility: