Chairman and Executive Board Member of Akbank T.A.Ş. 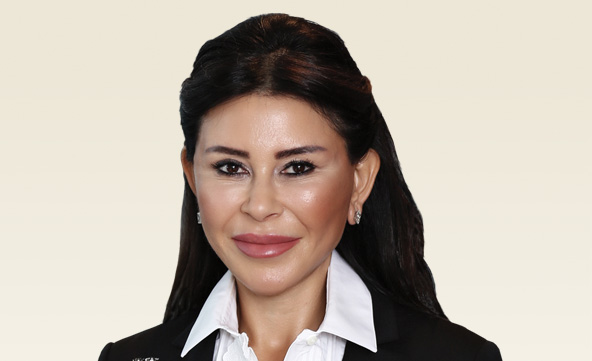 Suzan Sabancı Dinçer began her career in banking in 1986 and joined Akbank as Executive Vice President in charge of Treasury in 1989. In 1997, she was named Executive Board Member for Treasury and International Banking Relations. Mrs Sabancı Dinçer was appointed as Executive Board Member to oversee the bank-wide change and transition program in 2001. She was named Chairman in March, 2008. Mrs. Sabancı Dinçer is a member of the Institute of International Finance Board of Directors and Emerging Markets Advisory Board, Harvard University’s Global Advisory Council, Harvard Business School’s Global Leaders Circle, Harvard Kennedy School Mossavar-Rahmani Center for Business and Government’s Advisory Council and an emeritus member of the Harvard Business School’s Middle East and North Africa Advisory Board. Suzan Sabancı Dinçer is also a member of the Global Board of Advisors at the Council on Foreign Relations (CFR) and a member of the Board of Managing Directors of Venetian Heritage, Inc.

From 2010 to 2014, Suzan Sabancı Dinçer served as the chairman of the Turkish-British Business Council for two terms. From 2009 to 2016, Mrs. Sabancı Dinçer sat on the Global Board of Advisors of Chatham House. In 2012, Her Majesty Queen Elizabeth II awarded Mrs. Sabancı Dinçer the title of "Commander of the Most Excellent Order of the British Empire (CBE)" in recognition of her proactive and influential contributions to the development of Turkey-UK relations.

Suzan Sabancı Dinçer is strongly committed to corporate social responsibility activities and assumes various positions in the fields of culture, education, and the promotion of entrepreneurship. She is a founding member and board member of the leading high-impact entrepreneurship movement, Endeavor Turkey, and a member of the board of patrons of the Contemporary Istanbul Art Fair. Mrs. Sabancı Dinçer is also Luxembourg’s Honorary Consul in Istanbul. In 2014, Mrs. Sabancı Dinçer was given the Order of Civil Merit (Orden del Mérito Civil) of the Kingdom of Spain by King Felipe VI of Spain for her contributions to the relations between the two countries and for her support to the cultural convergence.

Suzan Sabancı Dinçer holds a BA in Finance from Richmond College in the UK and an MBA from Boston University in the USA. Ms. Sabancı Dinçer is married with two children.