Delivering a speech at the opening ceremony, Sabanci Foundation Chair of the Board of Trustees Guler Sabanci stated that they believed that a society that does not nourish itself with culture and art cannot be referred to as a developed society regardless of how rich it is and she added: “As the Sabanci Foundation, we have created lasting works such as cultural centers, theater halls and museums in all regions of Turkey for 42 years. We have taken significant steps to ease the access of our society to culture and art activities. When accomplishing the International Adana Theater Festival, we set out from late Sakip Sabanci’s idea of reaching his dream of making Adana a culture and art city and ensuring the access of more people to theater. Sakip Sabanci cared for the development of the art of theater. He used to call the cooperation with the State Theaters a partnership. This is an 18-year partnership.”

Adana will be the capital of theater for a month

The longest-running theater festival of Turkey lasting for a month, the 18th International Adana Theater Festival hosted a total of 23 plays, 16 from Turkey and 7 from abroad.

Ensembles from abroad created a bridge extending from Germany, Spain, the Netherlands, Macedonia, and Georgia to Adana in the festival, lasting until April 30. Plays ‘Hotel Paradiso’ by Ensemble Familie Flöz from Germany, ‘Brokers’ by Yllana Production from Spain, ‘Cabaret in a Season and out of Season’ by NY Production from the Netherlands, ‘Macbeth’ by Albanian Theater Skopje from Macedonia, and ‘The Mad Man’s Diary’ by Kote Marjanishvili State Drama Theater from Georgia staged in the festival. Joining the festival from Spain, Cia La Tal staged ‘Carillo’, an outstanding example of street theater, for two consecutive days on April 22 and 23 at 15.00 at Hacı Ömer Sabancı Cultural Center and present the people of Adana with an enjoyable open air show.

Included in the International Adana Theater Festival, plays by youth ensembles, namely ‘Ben Pierre Riviere’ and ‘Trom by Seyyar Theater and ‘A House with Two Doors’ by Ekip Theater, had been staged at the Art Gallery at the General Directorate of Fine Arts. In addition, workshops had been organized throughout the festival with the following themes: Karagöz production and puppetry, playwriting, strategies of action, puppet production and puppetry, costume production with recycled materials, mask production with children, leather handicrafts, and discovering the Macbeth by body.

“Sakip Sabanci Lifetime Achievement Award” has been offered to artists since 2005 as a token of gratitude and respect for masters who have made great contributions to the development of the art of theater. The Award went to Erdal Ozyagcilar this year. Presented with the Award by Sabanci Foundation Chair of the Board of Trustees Guler Sabanci, the master opened the festival with his play named “Hos Geldin Boyaci” (the Decorator). 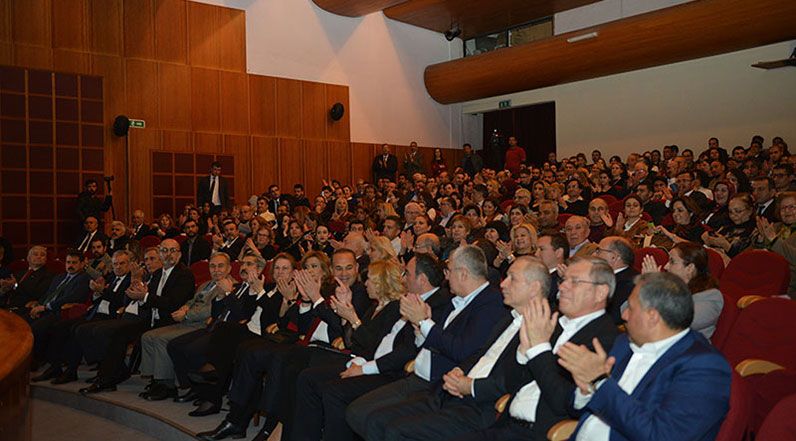 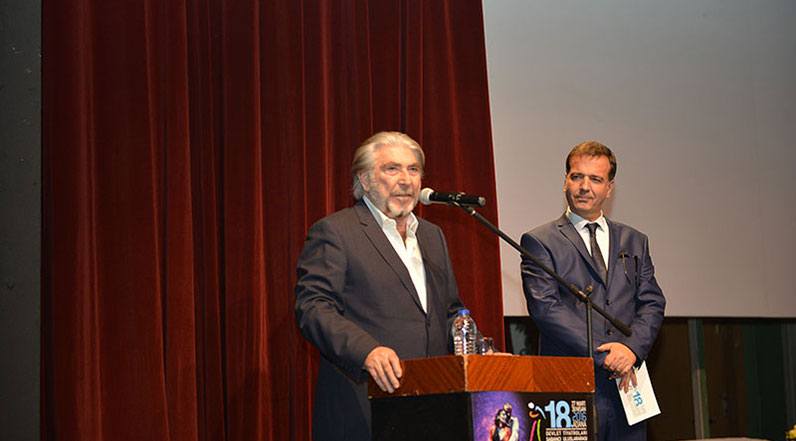 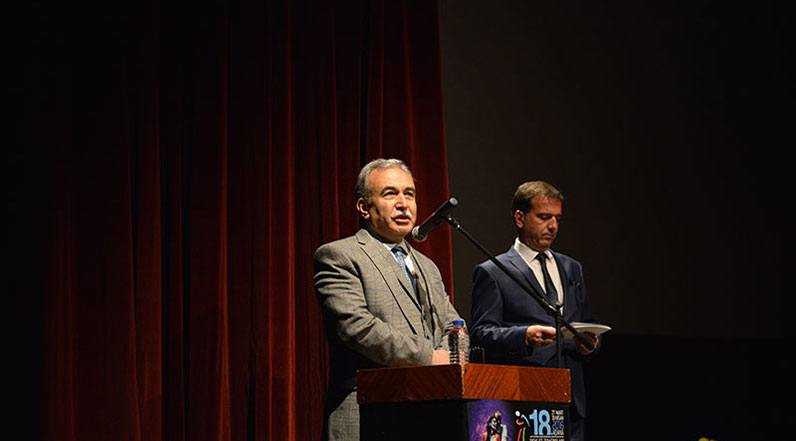 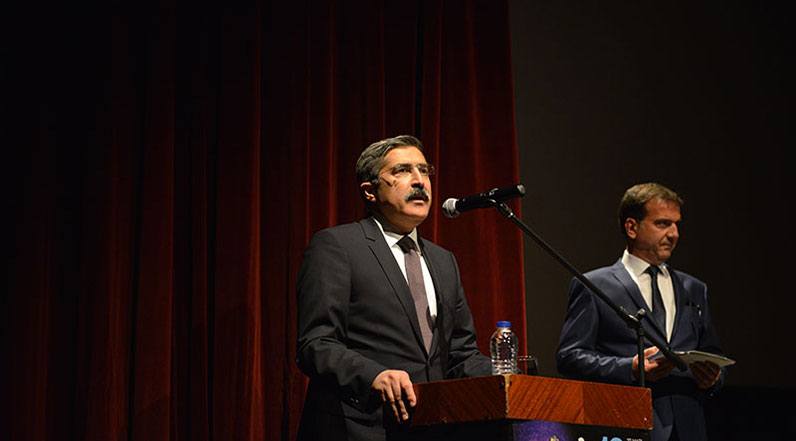 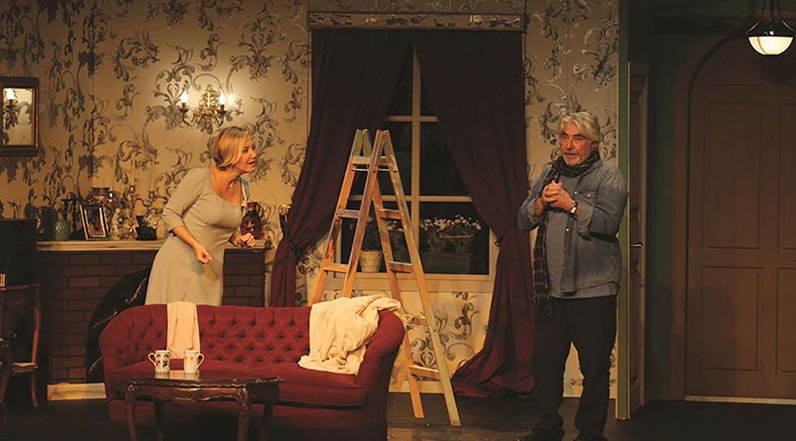 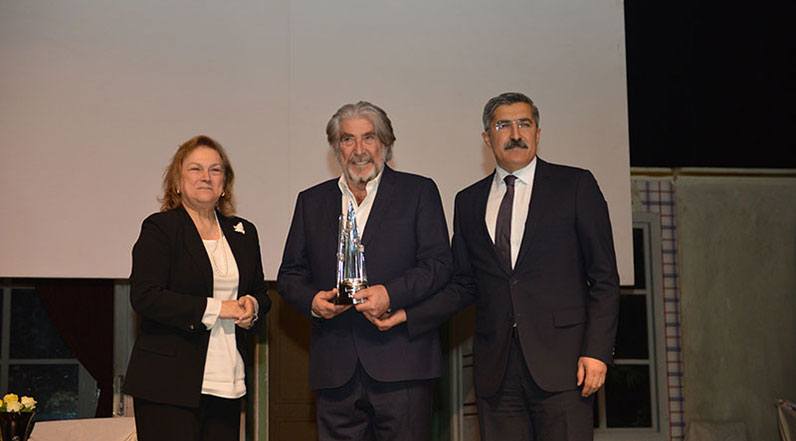 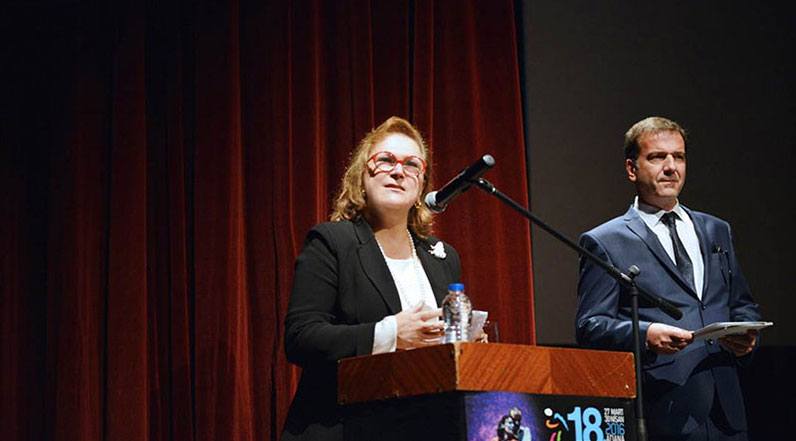