Sabanci Foundation restored a historic building (formerly an army barrack in 1889) in the ancient city of Mardin (southeastern Turkey) and created the “Sakip Sabanci Mardin City Museum” and the “Dilek Sabanci Art Gallery” which opened its doors with a colorful event hosting over 800 people on October 1st, 2009.

Following the completion of the restoration of this historical building located at the center of the town, the museum, which is established on the upper floor as the will of the late Sakip Sabanci, is named "Sakip Sabanci Mardin City Museum". The gallery, which is constructed below, is named "Dilek Sabanci Art Gallery" since Dilek Sabanci provided financial support through Sabanci Foundation.

The Art Gallery is constructed as a continuation of the main space of the structure toward the street encompassing the grand arches and vaults that shape the street. Within this context, the structures that face the street is also included and the stone city texture of Mardin is reflected in this cultural environment with all its richness.

The Dilek Sabanci Art Gallery's initial exhibition was a selection of 75 works of art from 47 artists under the theme of Nature, People and the Sea, borrowed from the Sabanci University Sakip Sabanci Museum Collection. Paintings of artists such as Hikmet Onat, Ibrahim Safi, Seref Akdik, Abidin Dino, Adnan Coker, Selda Gurbuz will reveal the history of Turkish painting from its earlier times to its contemporary examples. Besides, the Sabanci University Sakip Sabanci Museum is also contributing to the collection of the Sakip Sabanci City Museum of Mardin with various pieces such as kaftans and carpets. 110.038 people visited the exhibition in one year.

The "Abidin Dino in Mardin - Selected Works 1930 - 1990" exhibition was opened on October 25th, 2010 at the Dilek Sabanci Art Gallery with a ceremony attended by President of the Turkish Republic Abdullah Gul, Governor of Mardin Hasan Duruer and Sabanci Foundation Board of Trustees Member Dilek Sabanci. The exhibition includes 255 works by Abidin Dino made between 1930 and 1990, and is the most extensive Abidin Dino exhibition in Turkey to date. The exhibition was created by Guzin Dino, Ferit Edgu and the Sabanci University Sakip Sabanci Museum collection.

Works include self-portraits, paintings in the hands, the Yoruk and the Laz series, Rome Olympics works, sketches for the film “Goal” shot for the 1966 World Cup, paintings depicting the student movements of 1963, illustrations for the Yasar Kemal novel The Estranged Sea, the “Pictures of Pain” - a tongue-in-cheek depiction of his illness, and paintings in the “Ak la Kara” series. The exhibition was visited by 85.794 people throughout the year.

Training programs consisted of interactive activities, a tour of the exhibition and several workshops for primary and secondary school students in Mardin, and were held twice a week. At the end of the training, students took one of the items they have made during the workshop as a souvenir, and left another item for exhibition along with the works of their friends.

“Lo and Behold Ara Guler in Mardin” exhibition was launched on November 3, 2011 at Dilek Sabanci Art Gallery upon participation of Governor of Mardin, Turhan Ayvaz and the Sabanci Foundation Member of Board of Trustees, Dilek Sabanci.

Curated by photography historian Engin Ozendes, the exhibition presented the photographs in two separate displays, “To Recognize and To Understand” and “Face to Face”.

Along with the people of Anatolia, celebrities from Turkey and across the world were viewed in the “Face to Face” exhibition portrayed through the accurate, flawless, precisely expressed, unfailing, confident lens of Ara Guler. The image of each individual picked from within life and positioned in the forefront of the portraits by Ara Guler told a life story snatched from the flow of time. The infinite Anatolian steps, mountains and towns showcased under the title “To Recognize and To Understand” were represented via a distinctive aesthetics in the frames of the artist.

Ara Guler who visited Mardin for the first time after many years for the exhibition’s opening viewed the town from a new angle and documented its transformation. The exhibition attracted 90.568 visitors throughout the year.

Since its inception in 2009, Dilek Sabanci Art Gallery is hosting an international exhibition for the first time. The Marius Bauer exhibition houses more than 100 oil paintings, etchings, and sketches by the Dutch artist exhibited in the Rijksmuseum in Amsterdam as well as other major museum collections in Europe and the US. The exhibition also embodies education programs for the children and youth in Mardin. The exhibition was visited by 20.102 people throughout the year.

"Photographs of the East as Viewed from the West" exhibition was launched at Dilek Sabanci Art Gallery with the participation of many visitors on October 5, 2013.

The exhibition, presenting a selection of photographs taken by leading Ottoman photography studios, includes more than 100 photographs in which dervishes, beggars, peddlers, alleys and village bazaars were the main figures. Within the exhibition, training programs were also held for children and youth of Mardin.

The exhibition “Ai Weiwei in Mardin” was launched on 4 May 2018 at Dilek Sabancı Art Gallery with participation of Dr.h.c. Dilek Sabanci-Member of Sabanci Foundation Board of Trustees, Mustafa Yaman-Governor of Mardin, Zerrin Koyunsagan-Vice Chair of Sabanci Foundation Board of Trustees,Nazan Olcer-Director of Sakip Sabanci Museum, Gabriel Akyuz-Bishop of Kirklar Church and a great number of distinguished guests.

The works in the exhibition, presenting a perspective on today’s paradoxes through Ai Weiwei’s messages on our era conveyed by means of the traditional Chinese handicraft, bear the traces of both the personal life story of the Chinese artist and his approach to the handicraft tradition and art history.

Murat Germen focuses in his works, which have been displayed at over 80 solo/group exhibitions in many countries including the US, Italy, UK, Germany and Australis, on impacts of overurbanization, documentary sustainability of local cultures, human devastation of nature, etc., by using digital tools especially aiming to  defamiliarize the ordinariness of visual descriptions of city.

The ’From Document to Fiction, From Workshop to Museum – Photographs on Mardin’ exhibition was introduced to art-lovers on April 30, 2019.

The exhibition includes an anthology of photographs produced by young talents who participated in workshops conducted by Ahmet Elhan and led by Murat Germen, both contemporary photography artists, within the scope of the “Photography’s Diverse States – Murat Germen: Sectional Retrospective” exhibition, which ended on March 31, 2019. After 5 months of work putting into practice the technical information they learned in the workshop focusing on the dynamics between the concepts of “Time / Space” and the dichotomy between “representing a construction, constructing a representation”, the photographs taken by the participants were ready to be exhibited. 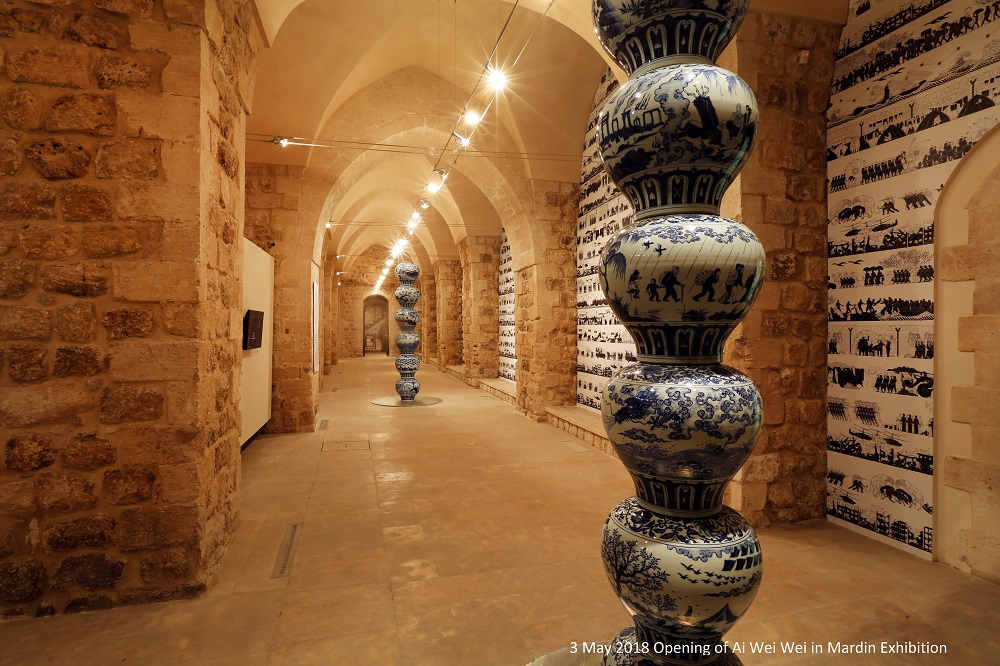 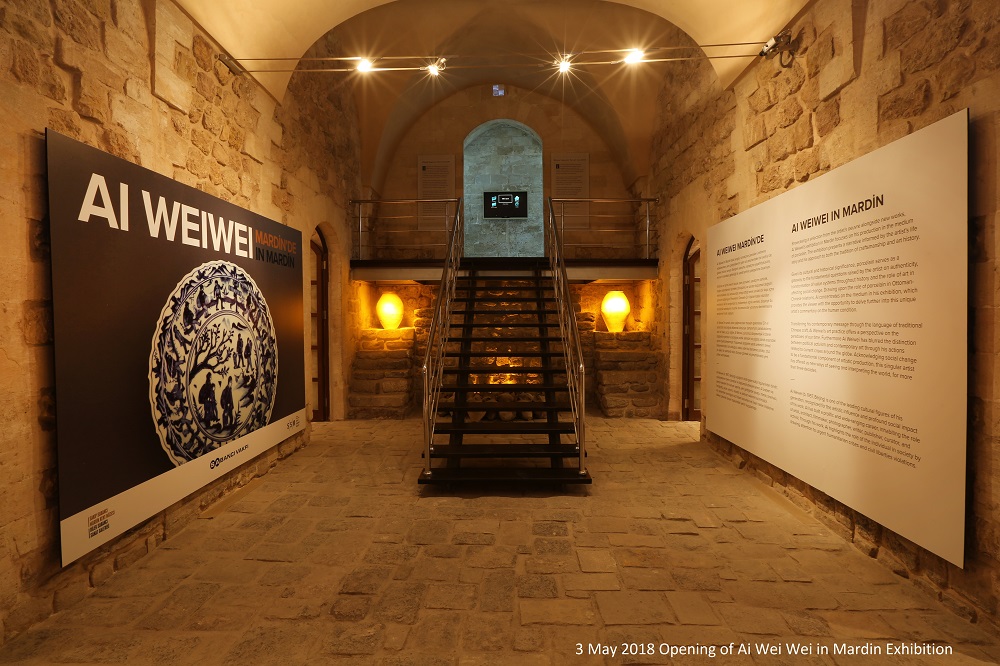 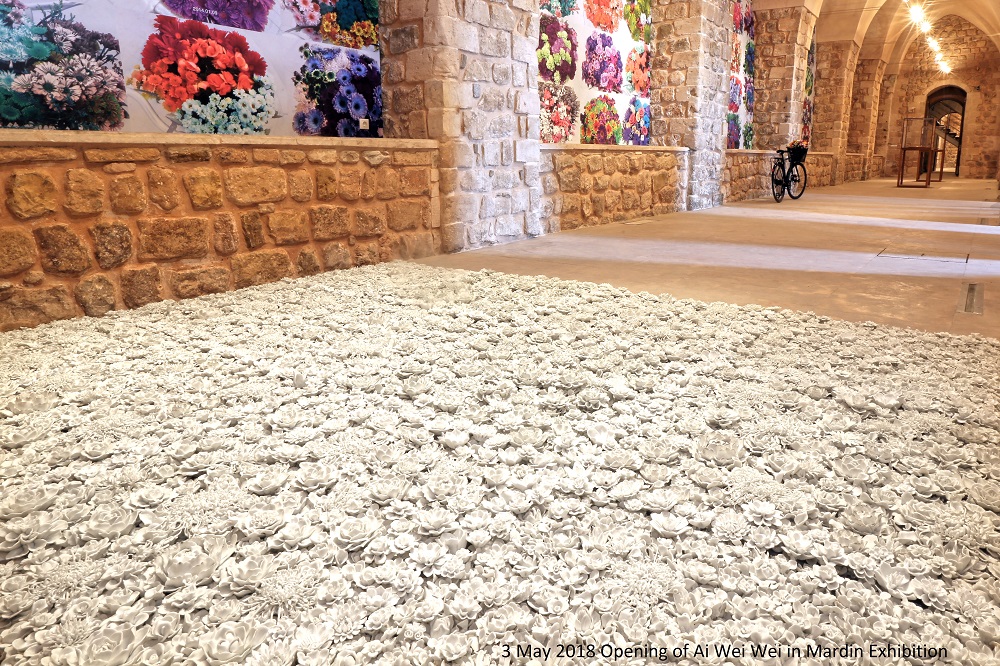 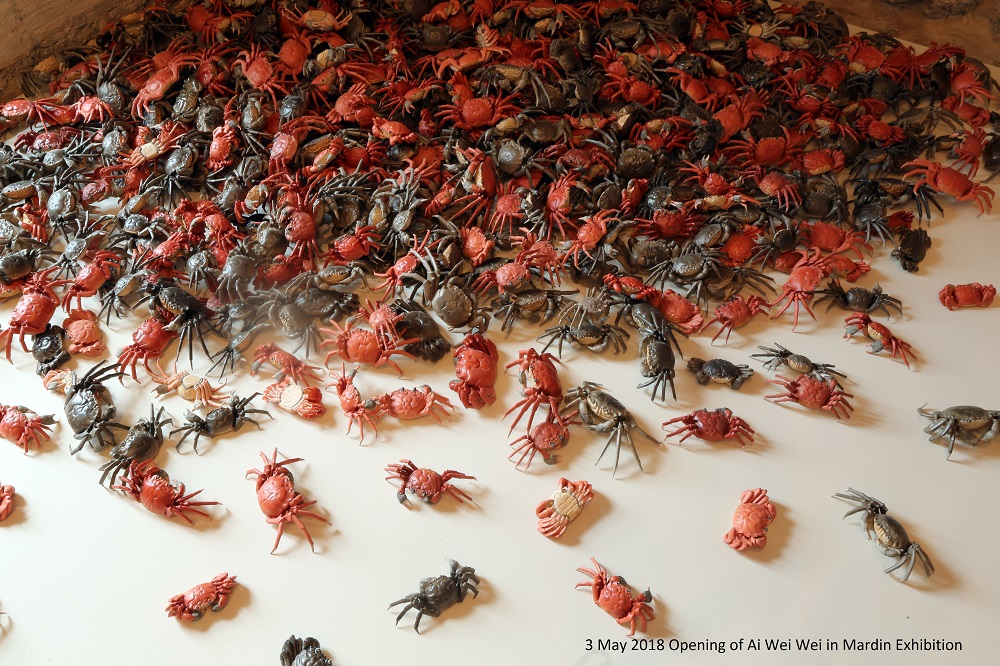 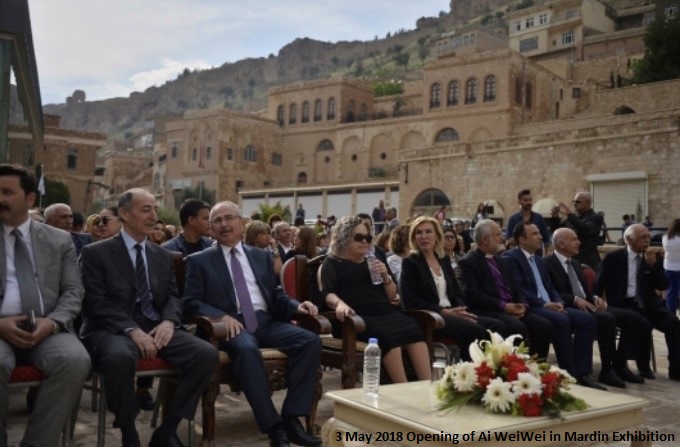 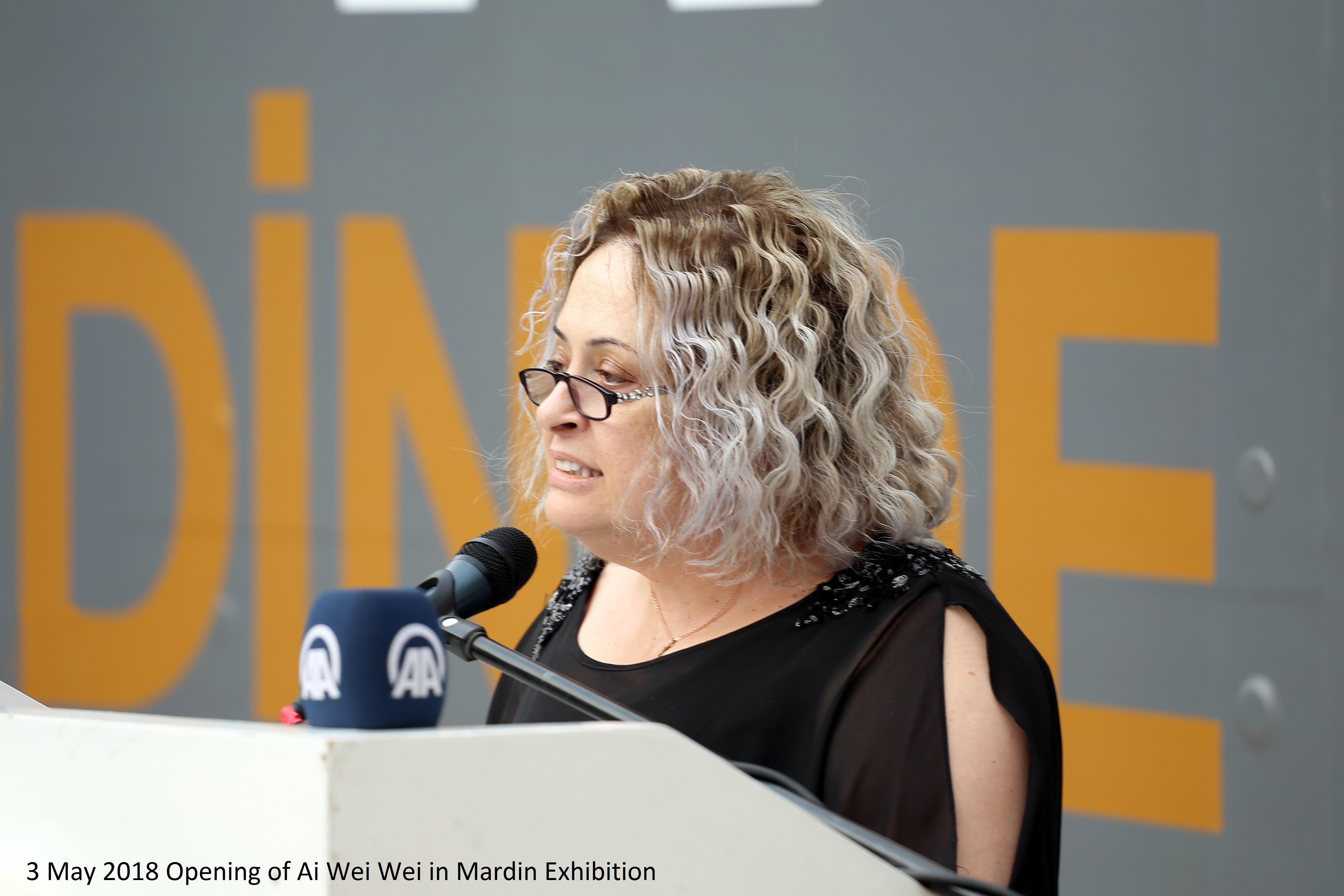 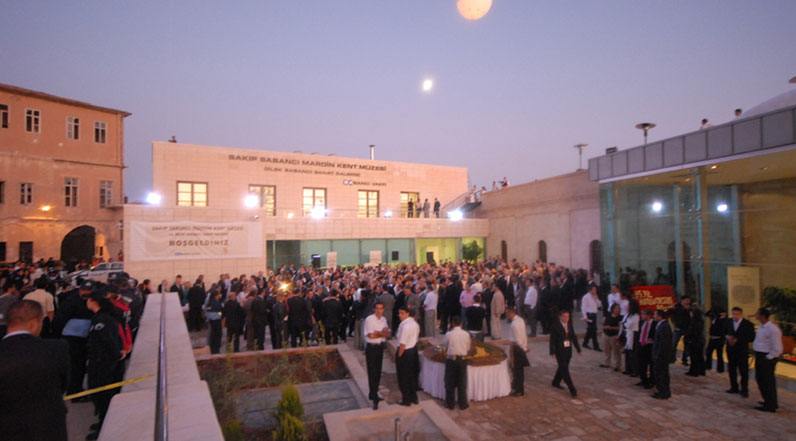 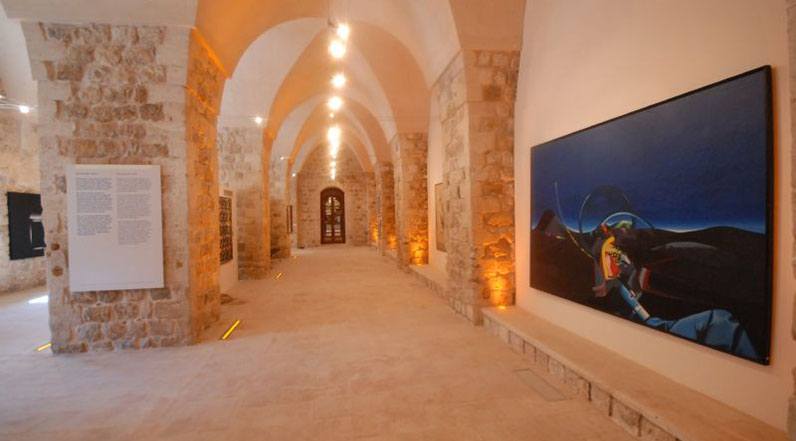 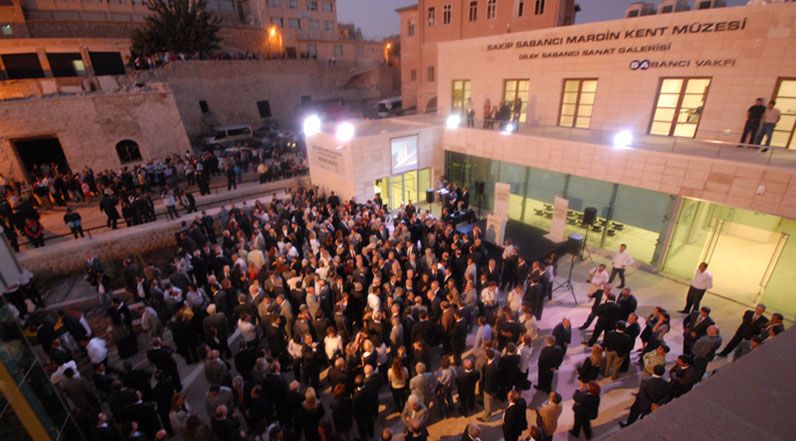 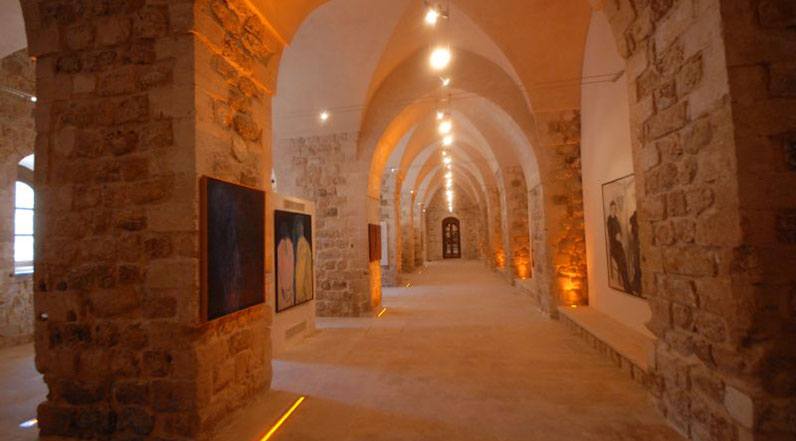 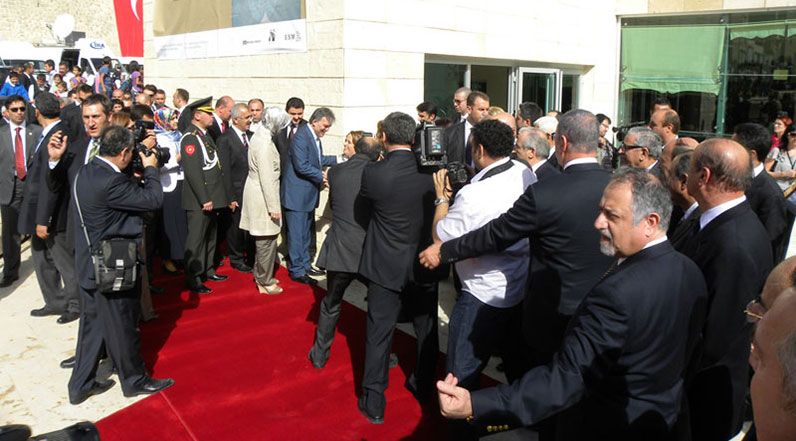 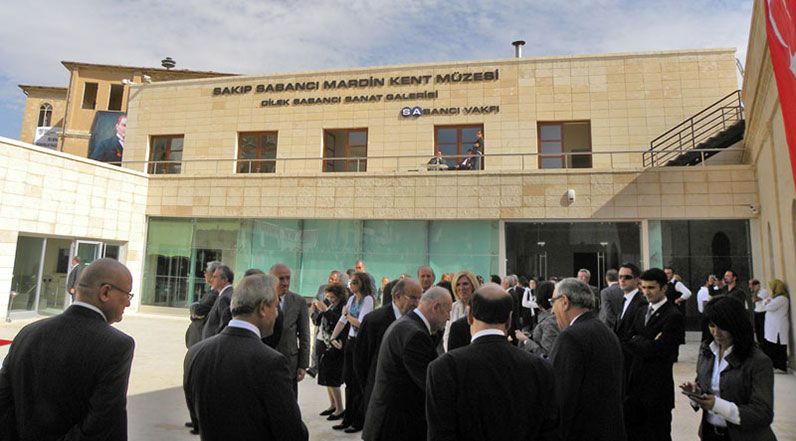 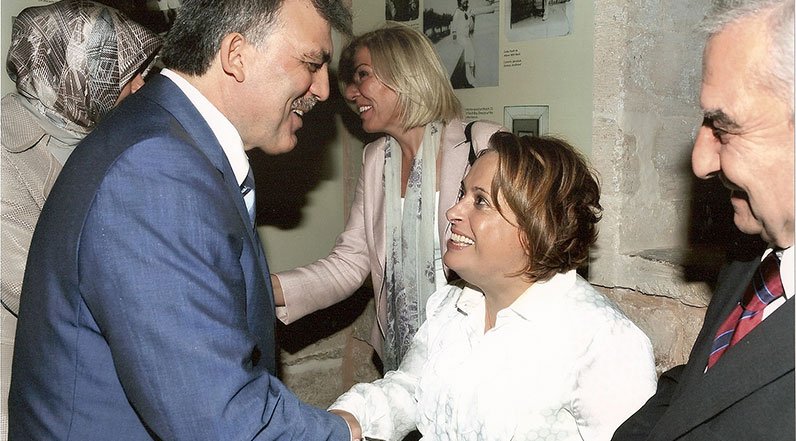 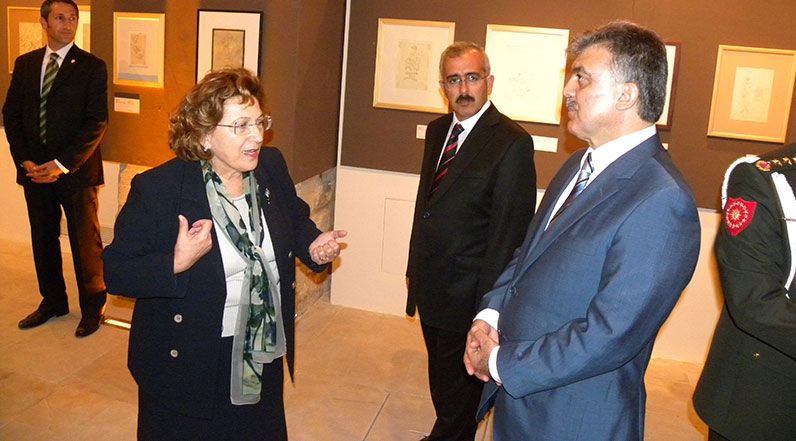