Program Advisory Council and Steering Committee Meeting of The “United Nations Joint Program for Promoting the Human Rights of Women” (“UNJP” or “Joint Program”), funded by Sabanci Foundation, implemented by UNDP and UN Women along with Sabanci University and supported by Ministry of Interior, Ministry of National Education, Ministry of Family and Social Policy and Union of Municipalities of Turkey took place on 3 September 2013 in Kayseri, Ommer Hotel.

The meeting took place with the participation of Guler Sabanci, Chairman of the Board of Trustees of Sabanci Foundation, Matilda Dimovska, UNDP Deputy Resident Representative, Orhan Duzgun, Governor of Kayseri, Aziz Yıldirim, Deputy Undersecretary of the Ministry of Interior, Askin Asan, Deputy Minister of Family and Social Policy. Program partners evaluated the progress and re-affirmed their commitment to the Program.

During the meeting 9 projects that were recipients of Sabanci Foundation Grant Program were also announced. In her speech, Chairman of the Board of Trustees of Sabanci Foundation, Guler Sabanci said: “There are so many important steps we have to take in the field of rights of women and girls. We have to promote women’s employment, encourage the school enrollment of girls, prevent child marriages and fight with violence against women. We have to create a society where women are equals and partners. We can only promote our democracy by supporting the momentum gained in the field of economy with gender equality. Because there is equality in the heart of democracy.”

Guler Sabanci emphasized that within the framework of Social Development Grant Program and Sabanci Foundation Grant Program, that is part of UNJP, 18 NGOs will receive grants for their projects. Guler Sabanci also added that as part of UNJP, Sabanci University is running a gender equality certificate program:“For raising sensitivity about gender equality, it is of utmost importance that the youth acquires this mentality during their school years. We are giving gender equality trainings to high school teachers who are educating our youth within the framework of Purple Certificate Program. These teachers will be better equipped to teach their students on gender equality from now on.”

Guler Sabanci continued by saying that at the heart of Program activities lies Gender Responsive Budgeting: “From now on, local government officials will scrutinize public budgets with a gender perspective. They will look at all policies, budgets and strategic plans with a gender equality perspective. If we can build a model that will ensure gender equality in budgetary processes, this will be an important achievement for our country.”

Matilda Dimovska, UNDP Deputy Resident Representative, emphasized in her speech that in democracies citizens should have equal rights but in reality women’s lives are shaped more by social and cultural traditions rather than their constitutional and civil rights.

Dimovska, emphasized that they collaborated with various ministries in the past and articulated the importance of the Joint Program implemented in partnership with Sabanci Foundation, Sabanci University and Ministries with the following words: “Gender equality occupies a very central place in the international agenda. The implementation of gender equality is expanding with new positive discrimination regulations. It will be exemplary in the Turkish context that positive discrimination will take place with the changes made in local government budgets. Thanks to this Program, we will have the opportunity to turn positive discrimination which is also on the agenda of government into a concrete reality.”

After opening speeches, the progress was evaluated in the Program Advisory Council and Steering Committee Meeting with the participation of Program partners:

At the last session of the Meeting, Program Advisory Council members Prof.Yildiz Ecevit, Prof. Ayşe Ayata, Dr. Mustafa Sahin and Murat Genc expressed their opinions and made recommendations on the Program. In the meeting, participants from pilot provinces also expressed the obstacles they faced while running the Program and appropriate remedies were discussed. 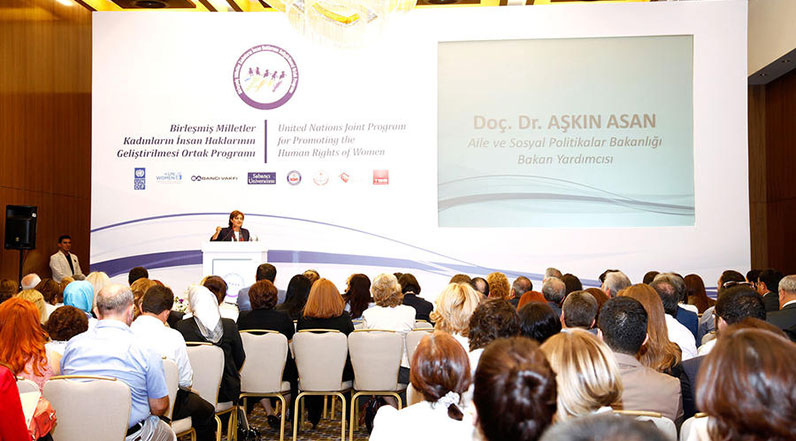 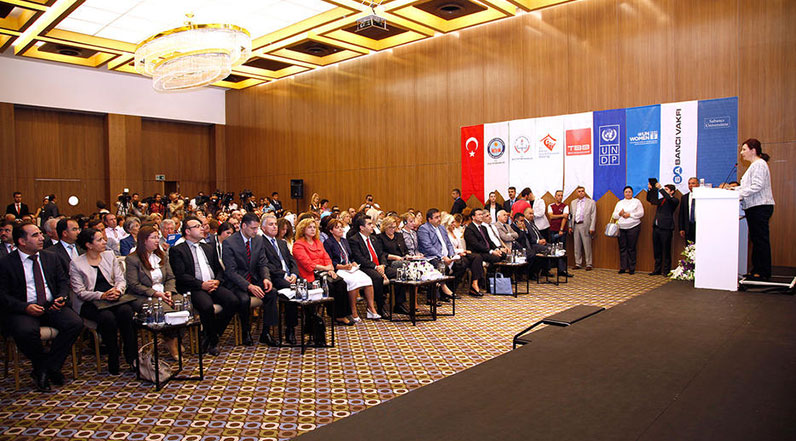 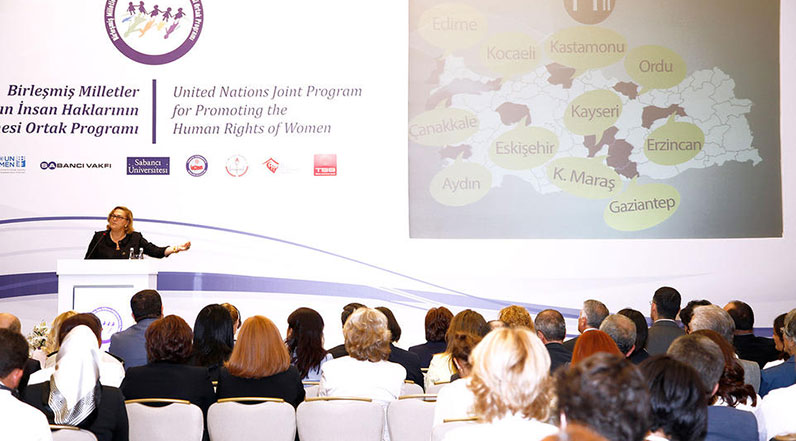 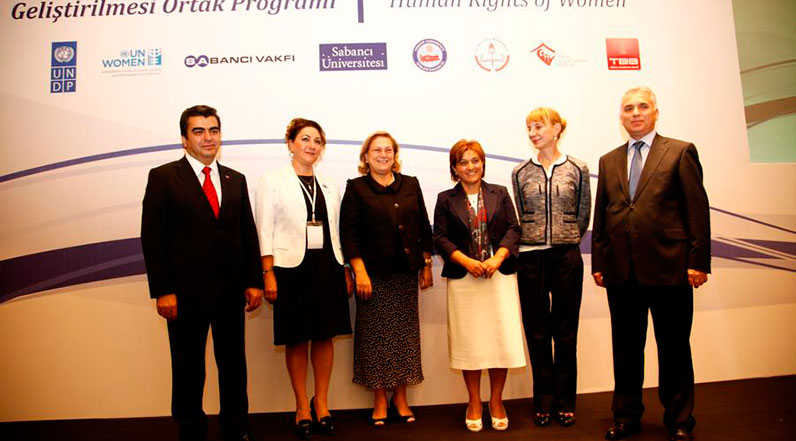