The third Program Advisory Council Meeting of the United Nations Joint Program for Promoting the Human Rights of Women (“UNJP” or “Joint Program”), funded by Sabanci Foundation, implemented by UNDP and UN Women along with Sabanci University and supported by Ministry of Interior, Ministry of National Education, Ministry of Family and Social Policies and Union of Municipalities of Turkey took place on 23 February 2015 in Gaziantep, Divan Hotel.

Sabanci Foundation Chairman of Board of Trustees Ms. Guler Sabanci stated that Sabanci Foundation adopted a leading role in the promotion of women’s rights in Turkey with its sponsorship of United Nations Joint Programs and added: The first UN Joint Program which was implemented in 6 provinces between 2006 and 2010 gave us very encouraging results. The second Joint Program initiated in 2012 was based on Gender Responsive Budgeting and expanded its scope to 11 provinces.”

Guler Sabanci stated that economic development has to be accompanied by social rights and freedoms and continued: “We have to improve the participation of women into labor force and politics if we want to reinforce economic development with human development. Women make 14% of the Parliament in Turkey. The next general elections on the 7th June 2015 offer important opportunities to improve this number for the advantage of women. I want to make a call to all women and political parties from here. We have to create more room for women's political representation at the Parliament”.

In her speech, Fatma Sahin, Mayor of Gaziantep Metropolitan Municipality underlined the importance of men’s involvement in promoting women’s rights. Mrs. Sahin continued by saying: “We need a mentality change for women to exercise their rights. This mentality change cannot be accomplished solely by the struggle of women themselves; it involves an educational campaign and everybody’s contribution. While women fight for their rights, men also have to get rid of their prejudices and support women with determination and self-confidence. This is crucial for solving this problem.”

After opening speeches, a panel was organized where important accomplishments of the Joint Program were highlighted. The panel took place with the participation of Ayse Teymur, Member of Gender Equality Commission at Gaziantep Metropolitan Municipal Assembly, Gulhan Butun, President of Kocaeli Cultural Development and Solidarity Association, Rukiye Oztas Cesur, high school teacher from Kahramanmaras Fatih Anatolian High School. According to the information given in the panel:

In the afternoon session of the Program, stakeholders of the Joint Program, Program coordinators, Program Advisory Council member Murat Genç discussed in more detail the accomplishments and challenges of the Program. The meeting was concluded with a Q & A. 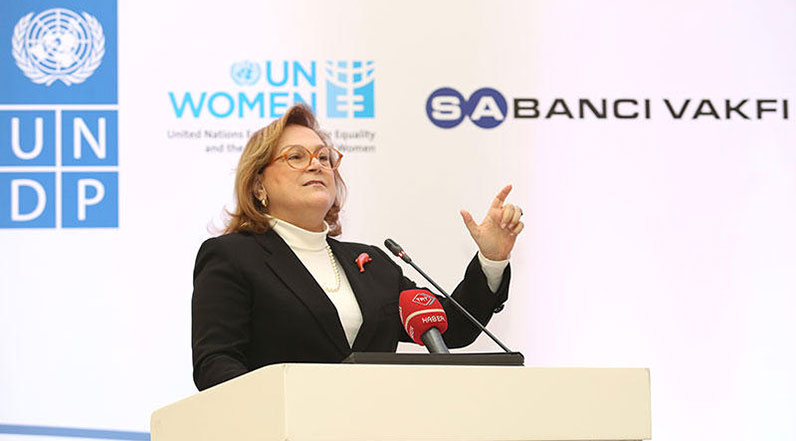 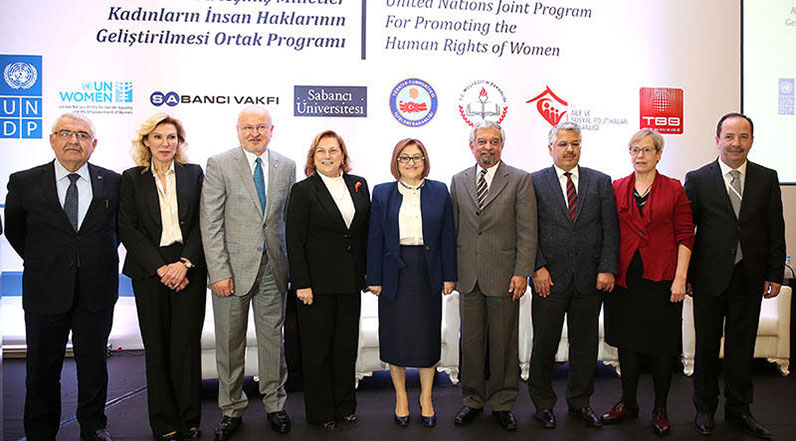