Comprised of 97 young musicians selected from the leading conservatories of Turkey, the Orchestra attended the training camp held at Sabanci University during August 4th -20th. The young musicians enrolled in a two-week intensive program under the leadership of Cem Mansur and master instructors who have tutored various groups of instruments.

The National Youth Symphony Orchestra has carried out its activities in 2010 through the support of the Sabanci Foundation and Istanbul 2010 European Capital of Culture Agency.

The National Youth Symphony Orchestra in the “Dream of Shahrazad”

Cem Mansur and the National Youth Symphony Orchestra performed Shahrazad, which is composed by Nikolai Rimsky-Korsakov for the “Arabian Nights” and renowned as one of the best symphonic suites of all times. Mansur and the Orchestra have also been featured in the documentary titled “Dream of Shahrazad” by the South African director and documentary producer Francois Verster who explores the modern legacy of the Arabian Nights.

During the Democracy Laboratory held throughout the camp, the young musicians were instructed on themes such as “team spirit”, “leadership”, “decision-making”, “responsibility”, “limits of democratic participation”, "listening to others and respecting their voice” with examples from polyphonic music settings.  Coupled with music education, “concentration”, “performance-enhancing meditation” and “psychodrama” exercises were executed for the first time in an orchestra rehearsal in Turkey.

The 2010 event by the Democracy Lab has gained a different perspective through the integration of the YouthSpace Project run by the Community Volunteers Foundation upon support of the Sabanci Foundation.

The musicians who got together with the young staff of the Youth Space Project at the Democracy Lab took essential steps in the creation of democracy awareness.

Youth Space Project aims to help youngsters through a Youth Center Model that enables young populations to expand their horizon, creates the opportunity for diverse groups to experience the culture of cohabitation, and brings together diverse groups of youngsters to generate spaces for them to share their priorities, hopes and concerns.

To serve this end,the peer instructors of the Community Volunteers Foundation have convened with young musicians and held workshops on“Discrimination”, “Gender”, “Citizenship and Democracy”, “Living Together” themes. Through various methods including case studies, role-playing, simulations, small and large group work youngsters had the chance to experience and reflect on major issues and discuss their views so as to learn from each other.

The young musicians of the orchestra and the children receiving rehabilitation support at the Turkish Spastic Children Foundation convened at Metin Sabanci "Cerebral Palsy" Education and Research Center through an“Awareness Meeting”. The goal of the meeting was to work on the subject of empathy to enable integration between the two parties and to raise their awareness mutually.

Following the Summer Camp that commenced at Sabanci University on August 4, the Orchestra staged its first concert in 2010 within the scope of the 1st International Youth Orchestra Festival at Hagia Irene. The musicians gripped the audience with their brilliant performance in the aftermath of an intense training and rehearsal process at the summer camp with instructors Cem Mansur, Tayfun Bozok, Gultekin Ulutas, and Safak Eriskin.

The National Youth Symphony Orchestra performed their first international concert and the second concert of the tournament in 2010 at the Young Euro Classic Festival in Berlin on August 21st. The orchestra’s remarkable performance marked a true musical feast for the spectators.

Renowned as one of the most dynamic orchestras of Turkey, the NYSO with Conductor Cem Mansur completed its 2010 tournament with a final performance alongside Salvatore Accardo in the enchanting ambiance of Santa Cecilia in Rome. Commencing its program with Ulvi Cemal Erkin’s unforgettable masterpiece “Kocekce”, the Orchestra continued with Tchaikovsky’s “Violin Concerto” accompanying Salvatore Accardo, acclaimed as one of world’s best violin virtuosos owing to his extraordinary interpretation. The Orchestra received a standing ovation at the end of the concert which concluded with N.Rimsky-Korsakov’s “Shahrazad Suite” hailed as one of the best symphonic suites of all times. 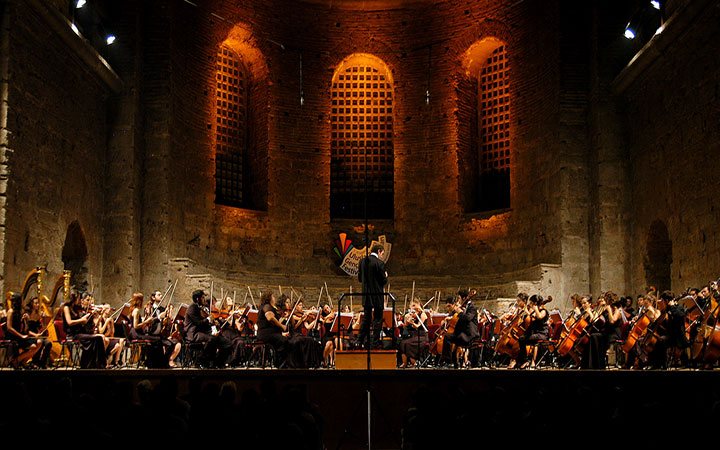 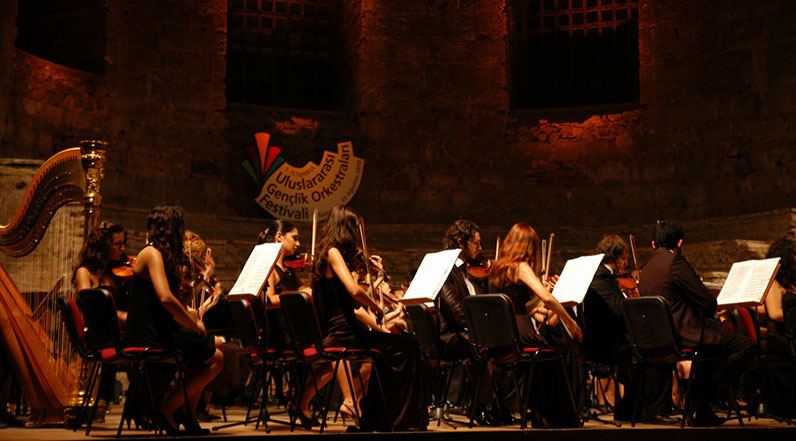 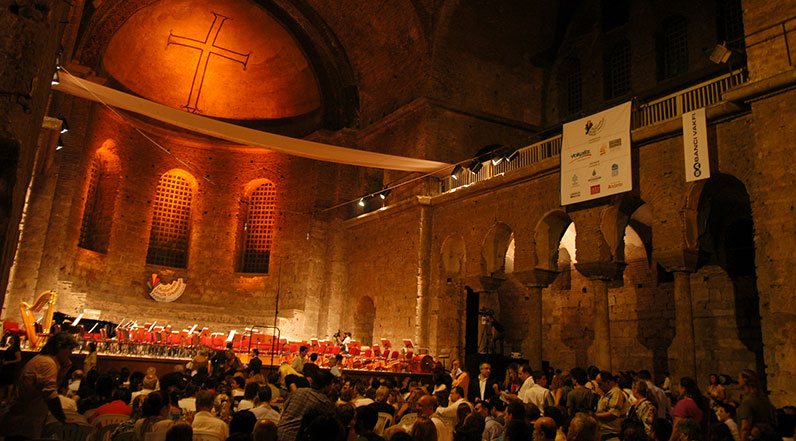 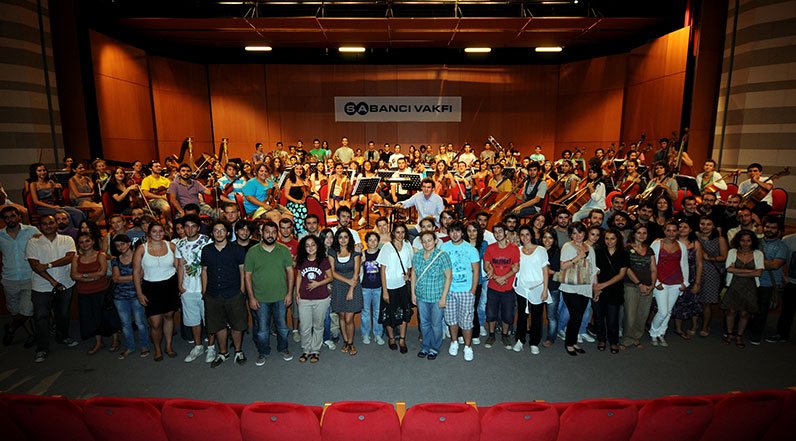 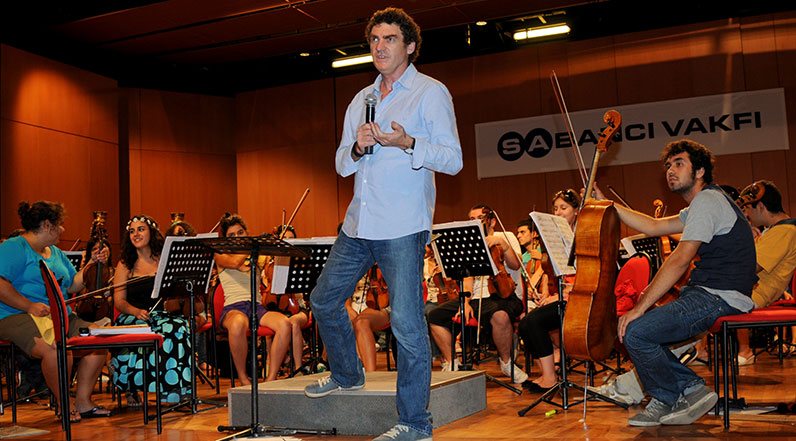 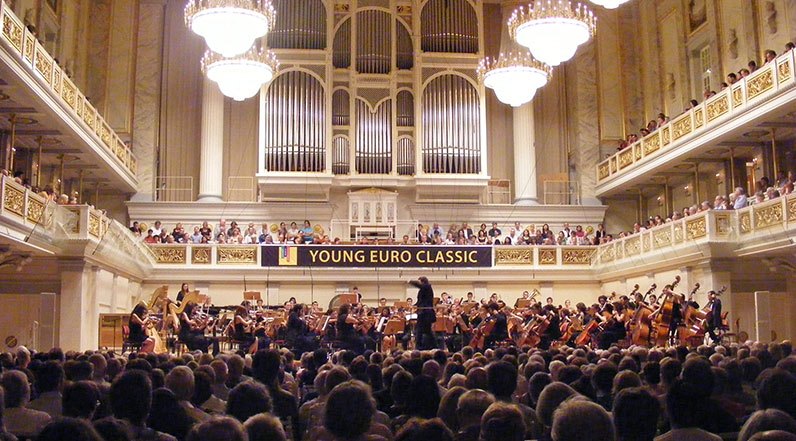 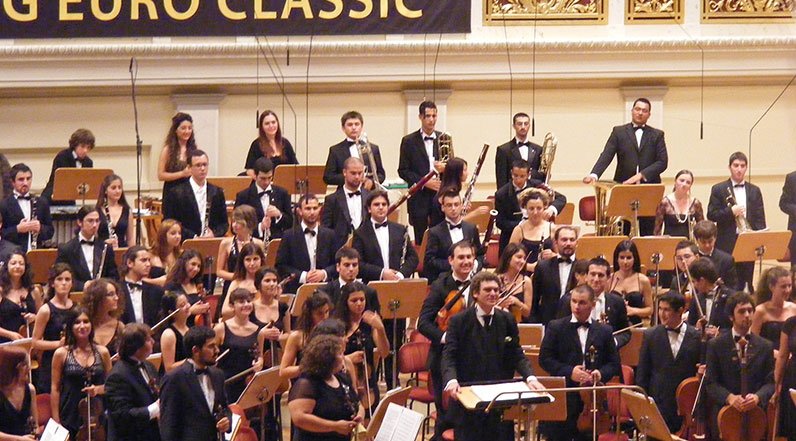 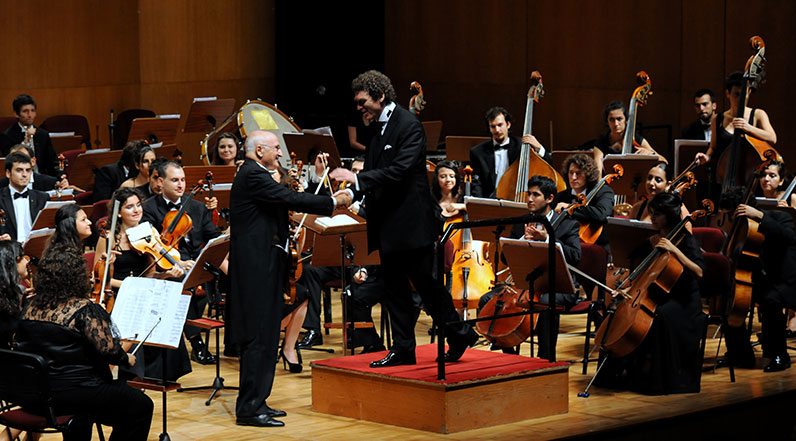 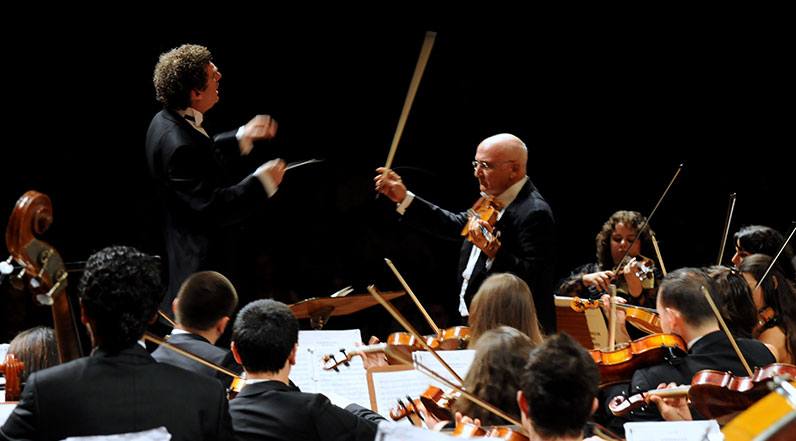 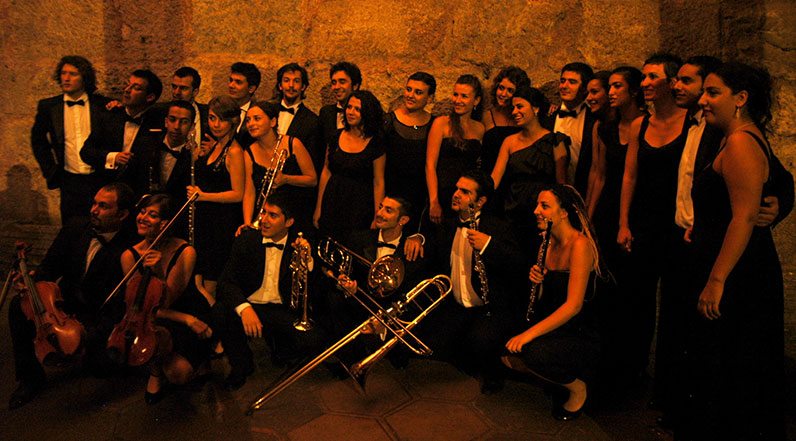 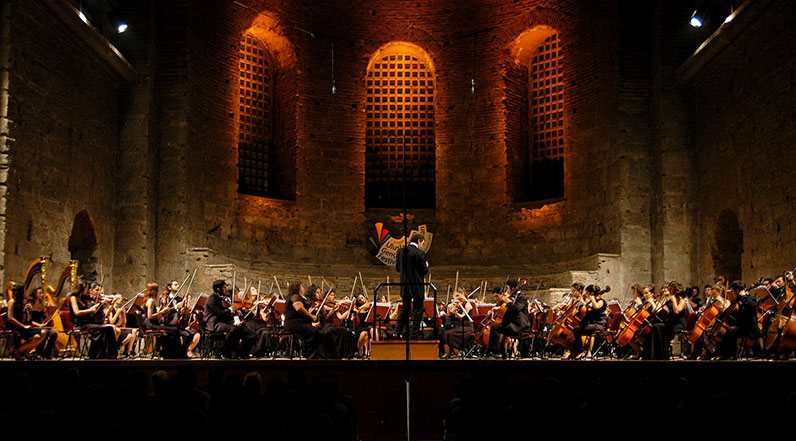