In 2012, the Turkish National Youth Philharmonic Orchestra (TYPO) under the leadership of Cem Mansur resumed its activities through the support of the Sabanci Foundation. The 98 musicians in the Orchestra between the ages of 16-22 have been selected from among 400 musicians who have applied from conservatories across Turkey. The young musicians enchanted art lovers with their outstanding performances in Turkey and abroad.

In 2012, the Turkish National Youth Philharmonic Orchestra (TYPO) under the leadership of Cem Mansur resumed its activities through the support of the Sabanci Foundation. The 98 musicians in the Orchestra between the ages of 16-22 have been selected from among 400 musicians who have applied from conservatories across Turkey. The young musicians enchanted art lovers with their outstanding performances in Turkey and abroad.

First Concert in Presence of Heads of State in the Netherlands

TYPO held its first concert in 2012 on April 18thin the Royal Tropical Institute in Amsterdam to celebrate the 400thanniversary of relations between Turkey and the Netherlands. Among the spectators were President of the Turkish Republic Abdullah Gul and first lady Hayrunnisa Gul; Queen Beatrix of the Netherlands; Minister of EU Affairs, Egemen Bagis; Minister of Food, Agriculture and Animal Husbandry, Mehdi Eker; Prince Alexander and Princess Maxima of the Netherlands, as well as businessmen and journalists from the delegation of President Gul.

The young musicians of the Orchestra attended a three-week intensive training camp during August 19th–September 8that Sabanci University under the leadership of Cem Mansur and master instructors who tutor various groups of instruments.

Convening 98 successful musicians from prominent conservatories across Turkey, TYPO met art lovers in Ankara, following performances in Hagia Irene, Bursa and Denizli.  The tour proceeded in ancient and current capital cities of Europe, with concerts in the Hague, Amsterdam, Berlin, Bonn and Brussels.

Performing ‘Selections from Turkish Landscapes’ from Cemal Reşit Rey, one of the first composers of Turkish Republic, the orchestra’s outstanding performance got full marks from art lovers at the Hague, Amsterdam and Berlin concerts.

During the concerts in Bonn and Brussels, the Orchestra performed the piece “Barbaros Traffic” that GermanDeutsche Welle TV indented upon M. Erhan Tanman. Broadcast by Deutsche Welle TV, the entire activities and concerts of TYPO during the Germany visit reached out to broad masses.

Three Generations of Turkish Soloists Convene for the First Time

Performed by TYPO during Beethovenfest in Bonn, Beethoven’s Triple Concerto brought together three generations of Turkish soloists for the first time. Performed by the only Turkish violinist Hande Kuden who was in TYPO last year and is scheduled to join the concerts next year, successful cellist Efe Baltacigil who is highly acclaimed abroad and world-renowned pianist and composer Huseyin Sermet, the Triple Concerto proved to be a true music feast for the viewers.

About 10.000 spectators watched the concerts in Turkey and abroad.

The orchestra, with foundations rooted in polyphonic music, undertook various social projects throughout the camp period. Approaching social life from the perspective of music and orchestra, the Orchestra participated in the “Democracy Laboratory” event on September 6, 2012 at Fulya Art Center in Besiktas Municipality, discussing the themes team spirit, leadership, decision-making, responsibility, democratic participation, listening to others and respecting their voice. The spectators enjoyed a one-hour concert performance by TYPO after the Lab.

During the workshop held with Community Volunteers Foundation, the participants discussed the historic roots of and the reasons underlying fundamental prejudices such as “youth is our future”, “youth is energetic”, ”youth is student” and their repercussions on daily life practices an policies. 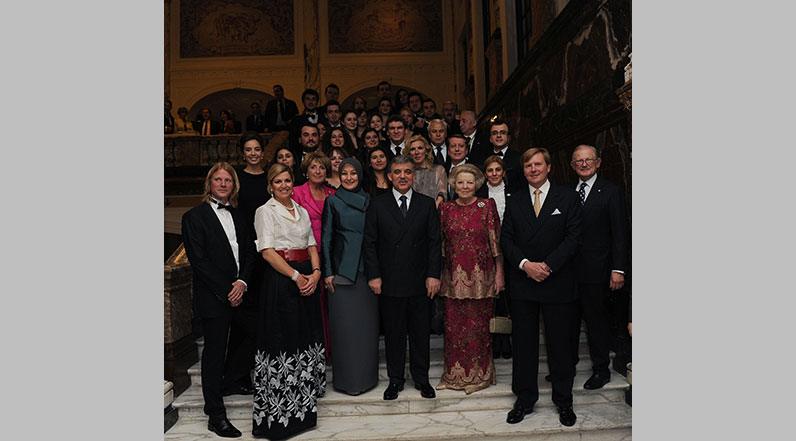 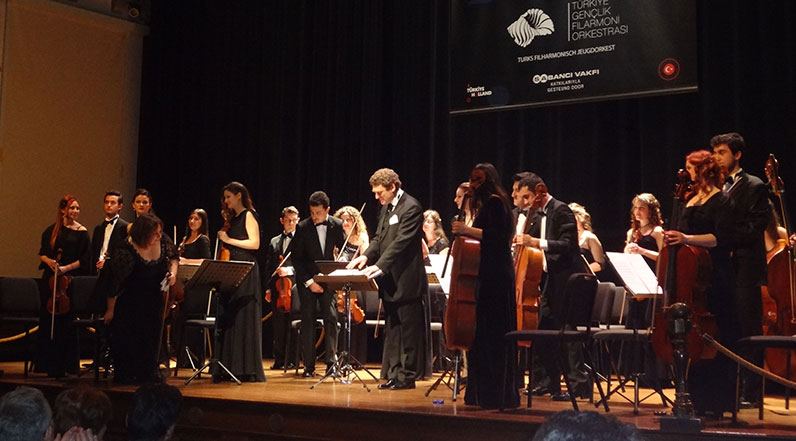 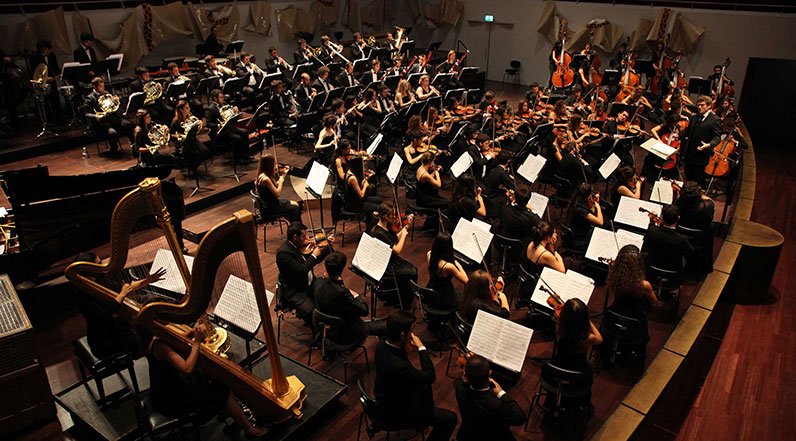 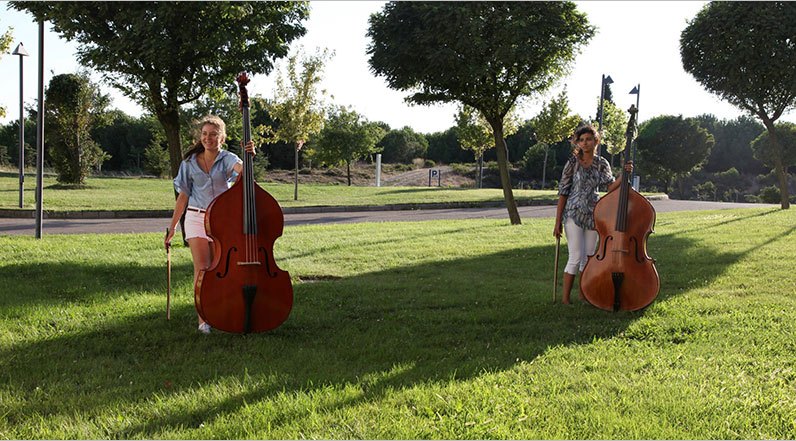 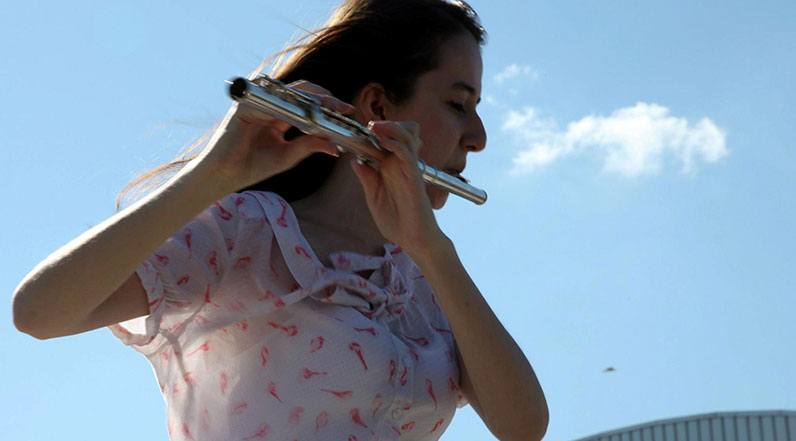 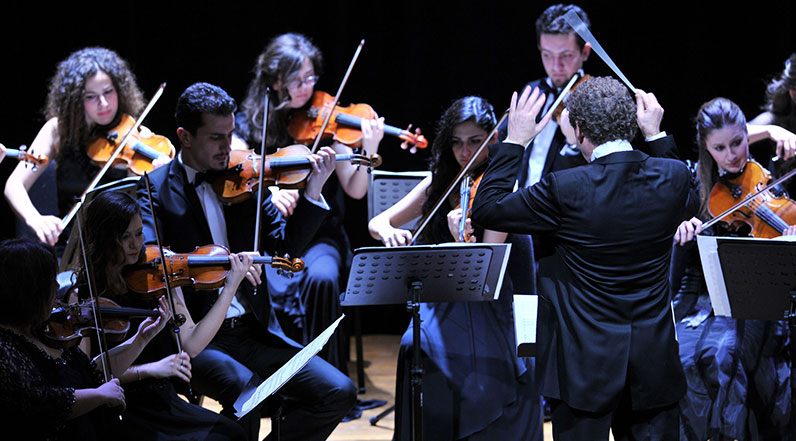 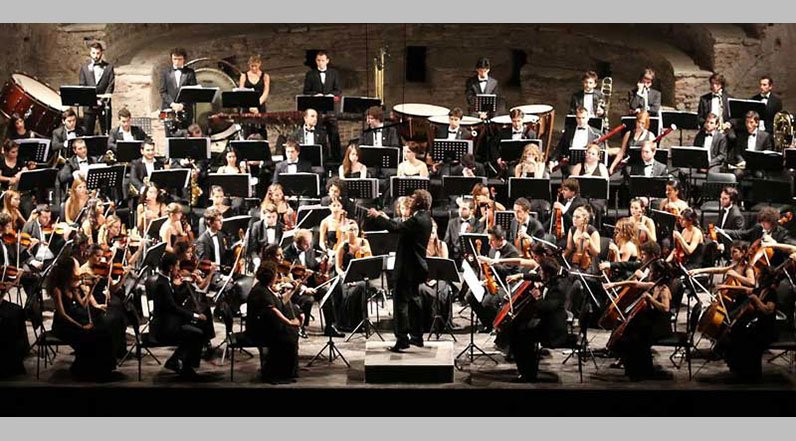 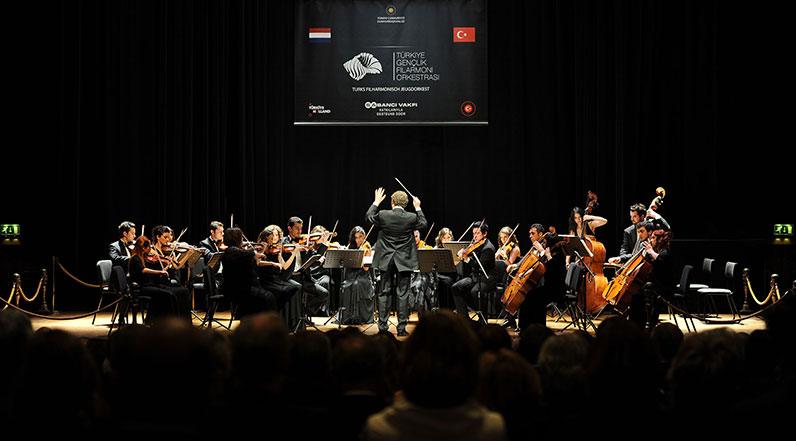 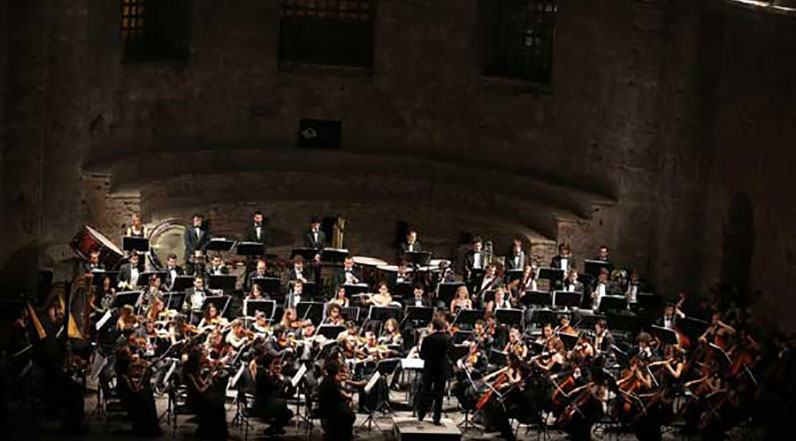