Held in Tokyo, Japan between August 24 - September 5, 2021; the Paralympic Games enjoyed the participation of 4,403 athletes from 162 countries. Turkey participated with 87 athletes and won 2 gold, 4 silver and 9 bronze medals, making a total of 15 medals. Athletes who won gold medals participated in the award ceremony held on October 6, 2021 and received their awards from Dilek Sabancı, Member of the Board of Trustees of Sabancı Foundation.

Dilek Sabancı said “Investing in young people and in our future by rewarding achievements in sports and culture&arts and education is a vision we inherited from my dear father Sakıp Sabancı. He believed in the necessity of encouraging achievements of young people, athletes, artists. He started these awards when he was with us and we are happy to continue giving these awards still after he passed away in line with his will.” presenting the athletes with their awards. Dr.h.c.Dilek Sabancı also congratulated the families and trainers, who supported the athletes.

Held in Rio de Janeiro, Brazil between 7-18 September, 2016; the Paralympic Games enjoyed the participation of 4,350 athletes from 159 countries. Turkey participated with 81 athletesand won 3 gold, 1 silver and 5 bronze medals, a total of 9 medals. Athletes who won gold medals and participated in the award ceremony held on December 21, 2016 at the Sabancı Center received their awards from Dilek Sabanci, Member of the Board of Trustees of Sabanci Foundation.

Dilek Sabancı said “My dear father Sakıp Sabancı used to believe that successful youths were the safeguards of the future and that the achievements of the youth, artists and athletes must be encouraged and appreciated. We are happy to continue to grant these awards initiated by my father and bequeathed to us by him to be sustained and we are glad to be encouraging achievement. My father greatly valued and supported disabled athletes in particular. We carry on our work to show our disabled youth that there is no obstacle in their path to succeed in sports competitions, to extend this view to the whole of society through our disabled athletes, and to reach more children day by day” presenting the athletes with their awards. Stating that the awards meant a gratitude for the athletes besides being an appreciation for their achievements, Dilek Sabancı also congratulated their families, who supported the athletes.

The Paralympic Games were held in London, England from 29 August to 9 September, 2012 and more than 4000 athletes with disabilities from 164 countries participated in the competitions. 67 athletes, 21 of which were women represented Turkey at the Paralympic Games. They brought 1 gold, 5 silver and 4 bronze medals to the country.

In a ceremony held at Konya on 8 November, 2012, Sabanci Foundation General Manager Zerrin Koyunsagan gave the award to Nazmiye Muslu who brought gold medal to Turkey in the Paralympic Games.

After presenting the award which is the cash equivalent of 15 Turkish Republic gold coins to the successful athlete, Zerrin Koyunsagan stated the following: “We congratulate our athletes who successfully represented our country and brought us gold medals in London 2012 Olympic Games and London 2012 Paralympic Games. As Sabanci Foundation, we are proud of fulfilling the will of late Sakip Sabanci by continuing to present awards to successful Olympic athletes from Turkey. We are happy to give this award to Nazmiye Muslu who successfully represented Turkey in such a global competition and we also congratulate the people supporting her in her achievements.”

Zerrin Koyunsagan added that: “The Olympics and other sports competitions for the athletes with disabilities create many opportunities for the youth to hold on to life with sport and to make their voices heard. We all have important responsibilities to support and encourage the success of these athletes.”

The Paralympic Games were held in Beijing, China from 6 to 17 September, 2008 and more than 4000 athletes with disabilities from 147 countries participated in the competitions. 16 athletes, 8 of which were women represented Turkey at the Paralympic Games. They brought 1 gold and 1 bronze medal to the country.

In a ceremony held at Sabanci University Sakip Sabanci Museum on December 19, 2008, Dilek Sabanci gave the award to Gizem Girismen who brought gold medal to Turkey in the Paralympic Games.

Expressing her happiness, Dilek Sabancı stated that she took over her late father Sakip Sabanci’s mission: “All athletes not only the winners performed their very best to compete in this global competition. Today we witness how a small push may fuel such significant outcomes. I am truly happy to be offering this award that bears the name of my late father Sakip Sabanci to our Olympics champions whom we are greatly proud of”.

The Paralympic Games have been held along with the Olympic Games since 1960. In 2000 Turkey competed in the Games only in swimming; whereas in 2004, 7 athletes with disabilities represented Turkey in 5 different branches namely shooting, weightlifting, table tennis, swimming and athletics. They brought 1 gold medal to the country.

The athlete who won gold medal in the Paralympic Games held in Athens in 2004 received his award from Dilek Sabanci, member of Sabanci Foundation Board of Trustees.

The award ceremony took place at the premises of the General Directorate of Youth and Sports in Ankara and among the participants there were the General Director of Youth and Sports Mehmet Atalay, Member of Sabanci Foundation Board of Trustees Dilek Sabanci, President of National Olympic Committee of Turkey Togay Bayatli, the President of Turkish Weightlifting Federation Kenan Nuhut and the President of Turkish Sports Federation for the Physically Disabled Demirhan Serefhan as well as the athlete Korhan Yamac and his wife Emel Yamac.

General Director of Youth and Sports Mehmet Atalay, who took the floor during the award ceremony, pointed at the late Sakip Sabanci’s immense support for sports. Atalay finalized his remarks by saying: “Now Dilek Sabanci has taken over the flag from her father. She puts great effort and works hard particularly for the athletes with disabilities''. 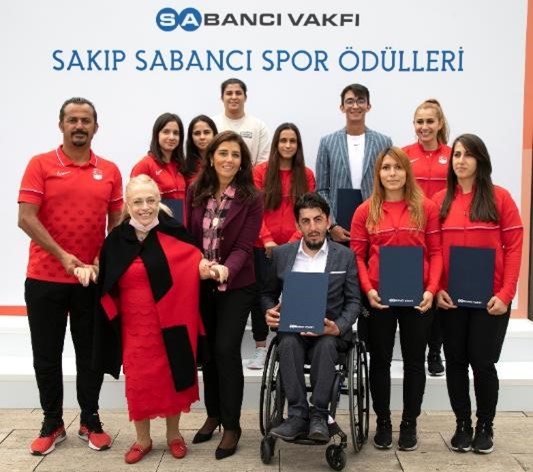 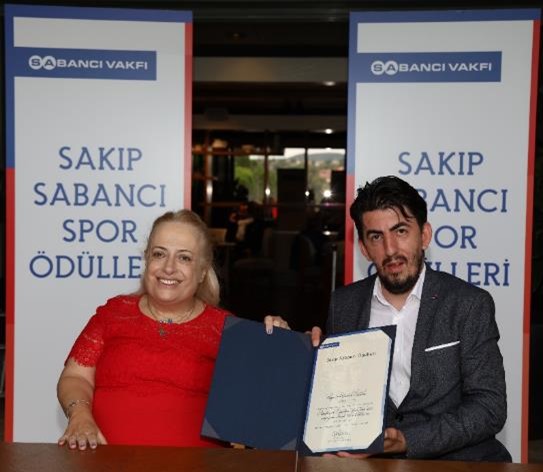 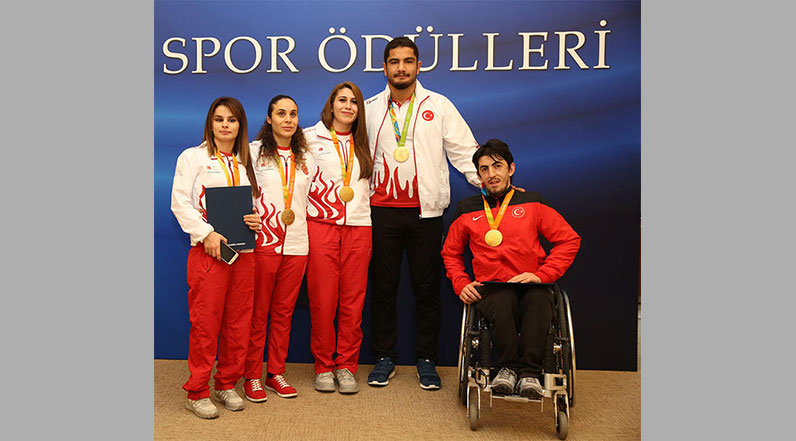 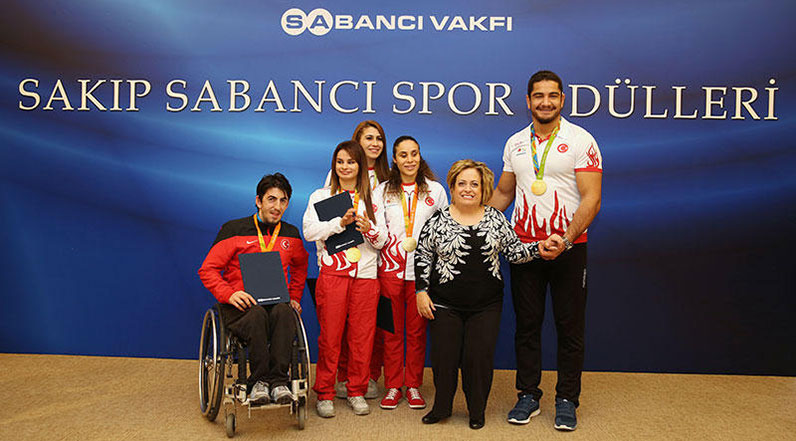 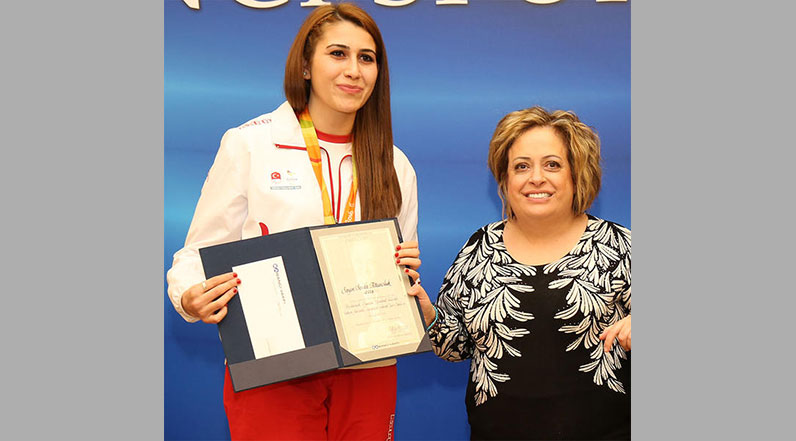 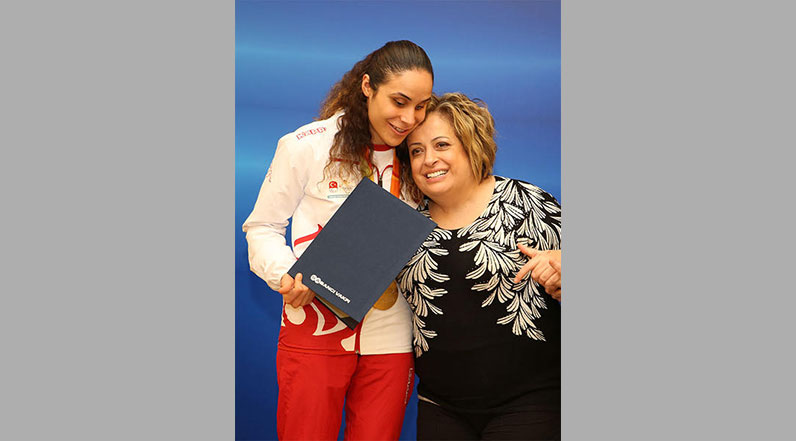 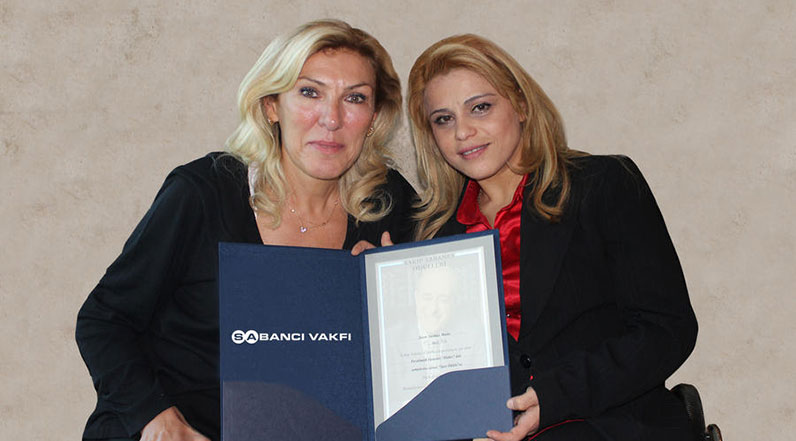 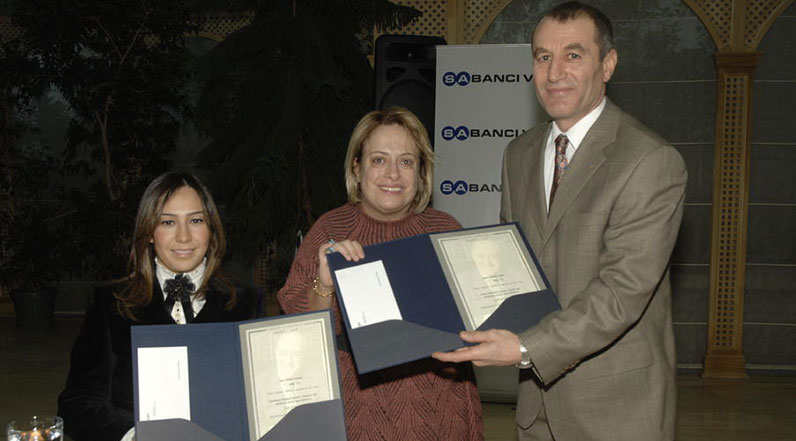 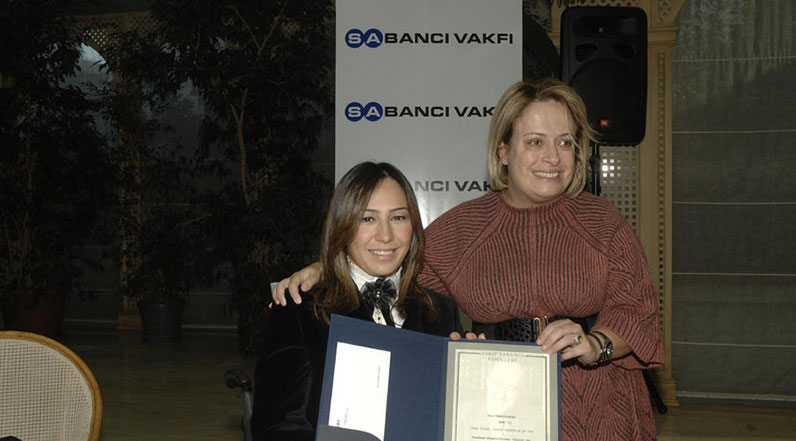 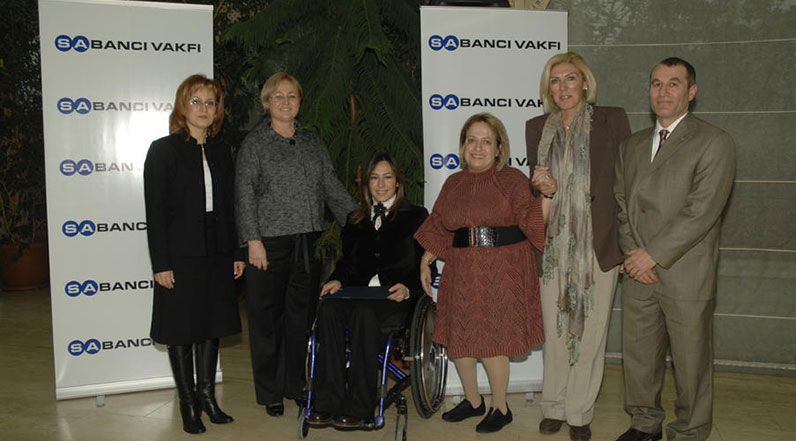 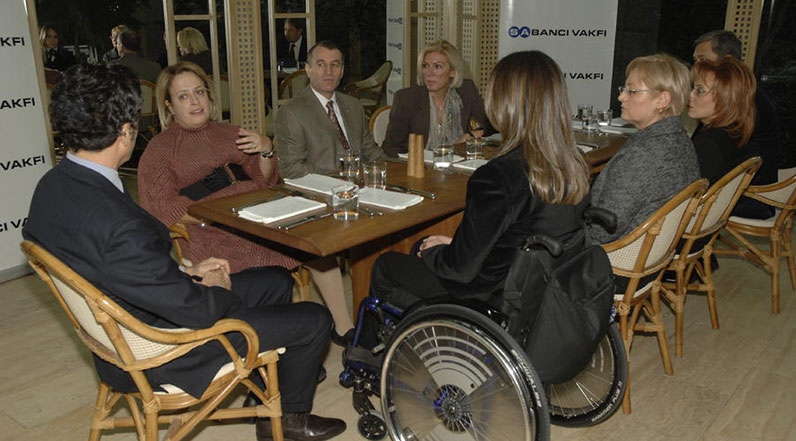